Again With You - Our Story

After the Tsunami disaster in South east Asia (December 2014), Brit Olam, Jointly with MADA Israel, and under the Ambarella of the National council of Volunteerism (which established and owned IsraAID – the Israeli form for International Aid) organized a wide range relief operation to Tamil Nadu, which was devastated by the Tsunami, including sending half a dozen medical teams and building a youth center (Jointly with MASHAV and the support of the JDC).

Brit Olam Brit Olam has maintained contact with the hospital throughout the years.

During May 2021, facing the very severe situation in India in General, and Tamil Nadu specifically, MMHRC approached Brit Olam for Emergency Medical Aid.

Our goal is to mobilize Medical Aid to MMHRC in order to support the Hospital’s ability to supply care and treatment for patients in Tamil Nadu State, especially for poor and vulnerable people and communities.

To Recruit, transport and distribute various types of protective equipment to medical staff caring for Corona patients and vulnerable communities. (Oxygen generators – Medium to Big Size, Oxygen concentrators – 5 liters to 20 liters, Ventilators and Accessories related to ventilators and other medical equipment related to treatment for Covid victims.
To Recruit and transport respiratory equipment and means of care for severe corona patients.
To Recruit medical staff to provide online assistance and guidance of best practices in the treatment and prevention of Corona.
To Assist with basic food and livelihood supplies for particularly vulnerable populations
To Assist MMHRC Hospital through advanced medical technologies and to improve the quality of medical services

The daily positivity was recorded at 9.79%. It has been less than 10% for three consecutive days now, the ministry said. The weekly positivity rate has also declined and now stands at 10.93%.

Tamil Nadu Chief Minister, Mr. M.K. Stalin extended the COVID-19 lockdown for one more week from 6.6.21 till 6 am on 14.6.21 but offered region-wise relaxations based on the infection spread. While Chennai, districts in north and south Tamil Nadu where COVID-19 cases have come down will get greater relaxations, 11 districts predominantly in the west and delta region where infection rate is higher will have minimal relaxations.

However, shopping complexes, malls, tourist places, cinemas and salons will remain shut across the State.

In an official release, Mr Stalin said in Coimbatore, The Nilgiris, Tiruppur, Erode, Salem, Karur, Namakkal, Thanjavur, Tiruvarur, Nagapattinam and Mayiladuthurai the relaxations will be limited.

Across Tamil Nadu, standalone provision shops, grocery stories, fish and meat stalls will be allowed between 6 am and 5 p.m. Pavement shops selling vegetables, fruit and flowers could function between 6 am and 5 pm.
In fish markets and slaughterhouses only wholesale trade will be permitted. The district administration will make arrangements for open wholesale markets in more than one place to ensure physical distancing.
All government offices would function with 30 per cent workforce. Match box industries can function with 50 per cent workers but should follow the standard operating procedure.
Except in the 11-mentioned districts, in rest of Tamil Nadu additional activities have been permitted. As per this, in the districts with low infection rates, the Sub Registrar Offices will function but only 50 per cent of [the normal] tokens for registration would be issued. Private security agencies and housekeeping services for apartments will be permitted with e-registration. Plumbers, electricians, computer and motor technicians and carpenters can work between 6 am and 5 pm with e-registration.
Shops selling electrical goods, bulbs, cables, switches and wires are allowed between 6 am and 5 pm. Bicycle and two-wheeler workshops, hardware shops, motor spare parts sellers, stationery shops, vehicle repair shops of travel operators can function between 6 am and 5 pm.
People can travel in cabs and autorickshaws with e-registration. In taxis, three passengers including the driver are allowed. Autorickshaws can pay with two passengers.
Those who want to visit the Nilgiris, Kodaikanal, Yercaud, Yelagiri and Courtallam for “emergency” purposes reasons should obtain an “e-pass” from the district collectors.
Export companies and companies supplying inputs to companies in Coimbatore, Tiruppur, Salem, Karur, Erode, Namakkal, Tiruchi and Madurai will be allowed to work with 10 per cent workforce. But the permission is being granted only for export related works and to send samples.
As the initiative of mobile vending of vegetables and fruits [in tie up with local bodies] have been welcomed by the people, they will continue to function, the release said. The Chief Minister, however, advised people to buy goods in shops near their homes. He advised not to use two wheelers and four wheelers [for shopping]. 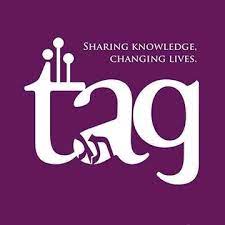 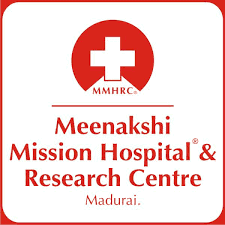 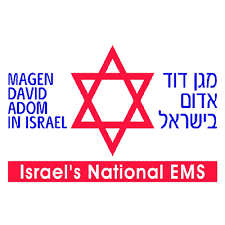 Do Not Abandon Them

Towards the Pacific – Philippines Disaster Relief